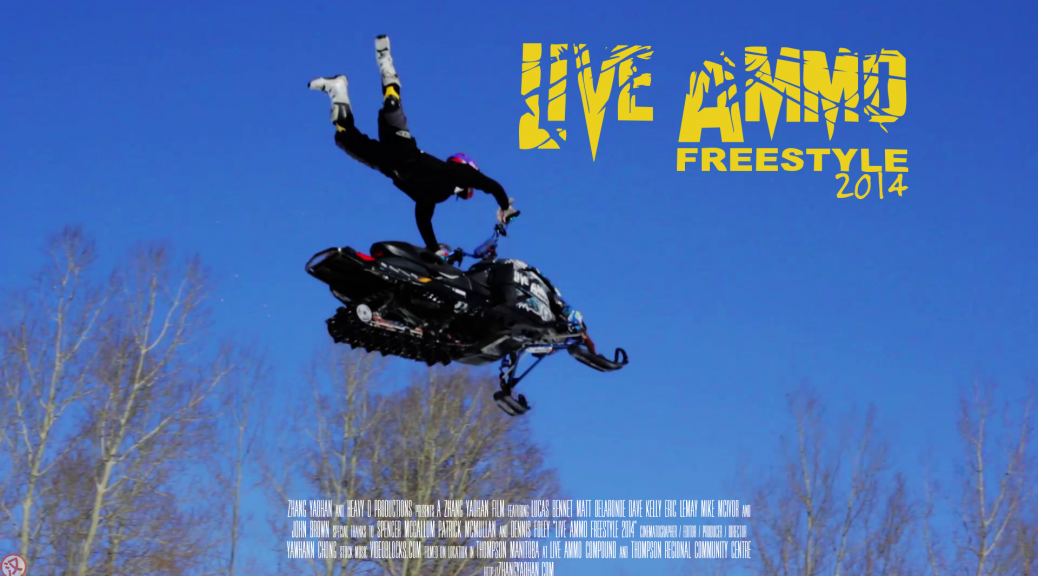 What is Live Ammo Freestyle?

That was the question running through my head when Dennis approached me to film this project. We had just finished filming the first Project Thompson, which was still in post production, and I was just hot off the heels of filming my first professional shoot and another winter film. Needless to say, it was a busy month and I was only just getting started!

As it were, the notice I was given was barely a day or so. They wanted me to come out to the Live Ammo compound and film their practice for the live event, which was happening the weekend after. I drove out of town and found the entrance to the compound with Dennis’ help, but it was rough going because the “road” was only a snow trail one vehicle wide and although I was driving my SUV, it was still touch-and-go given that my vehicle was built for luxury, not off-road.

When I finally arrived, I heard the sounds of snowmobile engines revving and smelled burning exhaust fumes in the air. The sun was high in the sky without a cloud in sight. For a Thompson winter in April, it was surprisingly a warm day. I got over the shock of what these young lads were doing pretty quickly and got into work mode. I filmed the ramping and talked with the guys. The same question kept popping up in my head.

What kind of person finds the motivation to risk their safety and future health so they can participate in an extreme sport? I sought to answer my question through this film. 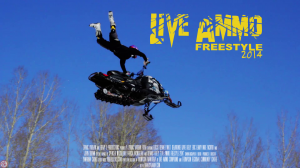 The practice went relatively well. Some guest rampers were coming into town and practicing throughout the week, but I figured I would catch them at the event instead of taking the long trip out there. This foresight was my downfall.

The event itself was great. Lots of people showed up, and the guys put on a great show. It was the first time I used my Manfrotto SYMPLA shoulder rig. There were two accidents, but the riders were able to walk away from it. I missed filming both accidents, which would have added to the film’s suspense. Partway through the event, the worst thing happened. My card filled up. It couldn’t be, though; I had a 32 GB card and it took two consecutive hours of non-stop filming to fill it up. While two hours had passed, I was doing a lot of stop-and-go filming. I inspected all the clips, and there were a handful of clips, but nowhere near 32 GB worth of them. I hadn’t even gotten to the interviews yet! I didn’t have my laptop on me, and the event still had a few hours to go. So I had to make a choice then and there; I formatted the card. :'(

I re-shot all the jumps I could. I shot the interviews. Two hours later, the card wasn’t even 1/4 full. The file system was probably corrupted. This taught me a valuable lesson. Always carry a spare card, bring my laptop to offload files, and format cards between sessions!

Despite that hard lesson, there were more to come. My battery died. I had barely caught all the riders ramping since some of them went early in the day, which were part of the data I had to delete. That taught me lesson #2: always carry a second battery, and bring the charger so that I can charge the dead battery while shooting with the second! 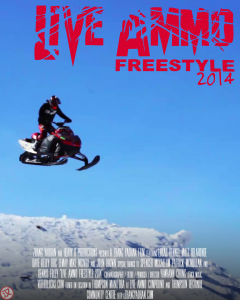 Finally, the last lesson came in post. I was creating subclips in Prelude when I came across Mike Poirier’s interview at the event. The audio was missing! I checked the sequence numbers and sure enough, it looked like I didn’t even record it, which was impossible, because I remember listening to it when I got the files on my workstation. So either my memory is playing tricks on me or I completely failed to hit the record button. That didn’t teach me a lesson, but I was acutely made aware that recording audio separately had its caveats.

I hate to say it, but the entire ordeal of this project was crazy. I was stressed out the max, and due to the issues I experienced at the live event, I admit that I put off post production of this film for three months partly because of those bad memories (and mostly a busy schedule). When I finally did get to producing this, I ended up with missing scenes, audio, and sanity. Despite all of that, I managed to put out a film that contains my blood, sweat, and tears. This film is my kryptonite, lack of foresight, and my uncertainty of whether I’m doing the right thing or not. But at the same time, it was my adversity, ingenuity, and creativity which gave birth to a film that managed to be something I could look at and say, “You may have won the battle, but the war is far from over.”

On the plus side, I met local photographer, Jenn P., at this event for the first time. Dennis had been promoting her to me for a while, and after working alongside her, we finally formed a professional relationship that would later expand into a future project that I just wrapped up filming as I’m releasing this. Stay tuned!