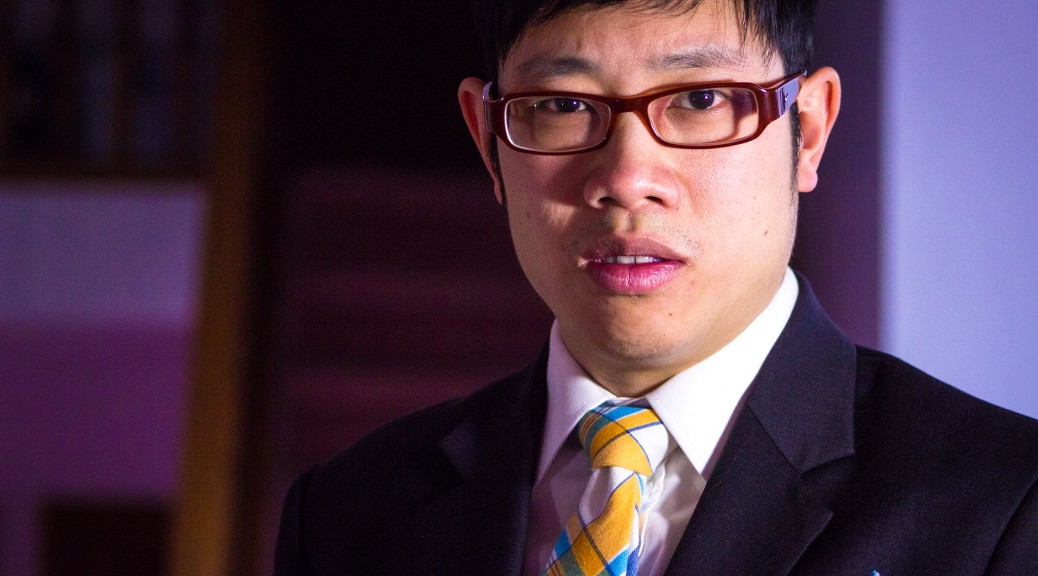 An introduction to me.

I’m an optimistic, comedic Chinese guy living in Canada; specifically Thompson, MB. I was involved in the professional IT circuit for 8 years. I also have 26 years of technical experience with computers, 15 years of which are from freelancing. I moved to Winnipeg in June 2009 to pursue a career in web design, but ended up moving back to Thompson. After continuing in IT, I ended up unemployed for several months. During this time, I got into PC game live streaming on Twitch.tv, which led me into film making.

Computer repair is an old friend of mine.

My family thought that it was a foolhardy decision to leave IT. Investing all that time and money on something only to give it all up does seem rather rash, but it’s been a long time coming and it wasn’t something I just thought of on the fly. To make it easy to understand, let me talk about how I got into computer repair in the first place: I originally started learning how to use computers when my father brought home a brand new Commodore 64 when I was 10 years old. Unfortunately, the C64 was not a computer in the sense that you can point and click at everything to get things done; you had to learn a computer programming language in order to make any use of it! So, in order to encourage my hobby at the time (creative writing), I learned how to program in BASIC, and found that I had a knack for it. This continued on until high school, when my father upgraded me to a Packard Bell 486SX PC. I learned how to use DOS, Windows, BBSes, and how to dismantle the computer. After high school, I was a young adolescent who didn’t know what I wanted to do in life, so I got a temporary job in computers to hold me over. After going into retail sales while vehemently trying to steer clear of professional IT, I ended up going in anyway due to the pressures of low income earnings while still not knowing what I wanted to do. Even to this day, I’ve accepted that I’m not going to stop doing computer repair at the very least; I’m still doing it on the side as a way to help people and to earn some supplemental income. Doing server stuff is just going to be relegated to hobby status.

The tangled web that design weaves.

Flashback to 1995, while I was in high school. The advent of the Internet arrived in my town, and that changed things for me, because I discovered HTML. That led me into website development, which was a side hobby of mine that I would do on and off. However, frustrations due to lack of proper resources, education, and design knowledge forced me to withdraw from that. What I didn’t know was that subconsciously, I had an eye for good design, which was odd for a person with no creative arts experience (other than drawing independent comic books when I was younger). Recently, however, I realized this and after reading some blogs of other designers, I felt compelled to see where this path would lead me. Several books later, I gave it a fair chance by starting my freelance business, ChickenBall Design.

The path of a freelancer is fraught with peril.

I accumulated a lot of debts when I was a foolhardy lad and I was even more foolish by consolidating that debt every year or so to make room for more debt. I took my sweet time to pay it off while simultaneously harvesting my design skill set and continuing to use IT as my primary income. After some job shifting and a daredevil stint working underground as a mines surveyor, I ended up as a one-man IT admin for a medium enterprise in mid-2012. I still wasn’t going anywhere with my design skills.

Being a one-man army who wears many hats is like a loaded gun just waiting for its trigger to be pulled. After a year, I was hating IT even more than ever and the added duties stressed me out to the point where I didn’t even recognize who I was anymore. Eventually, the organization saw fit to let me go unceremoniously, and I entered the dregs of the unemployed for the first time in my life. I had been planning to rekindle my web design business as a joint venture with an old friend, but as it turns out, I was just as unhappy doing it as I was when I was in IT. So, what now?

Free time is an opportunity to discover yourself.

I had spent two months trying to fight with my old employers to get compensation. I spent three months fighting the government for my EI benefits. So I ended up doing the sensible thing; I sat at home for a month doing nothing but playing video games and watching TV. During this month, I got cabin fever really quickly and realized that I needed to find some productive hobbies of some kind. I picked up language hacking and live streaming my PC gameplay. After deciding to upgrade my podcasting equipment from B&H, I found myself returning to their site to browse for video and photo equipment. I always had a passing interest in film and photography, but I never seriously considered it. That said, when I decided to upgrade my webcam for Twitch, I convinced myself to pick up a Canon 600D during the Boxing Day sale in 2013. When I started filming with it for the first time, something in me clicked. I started shooting anything and everything. I went through tutorials. I started playing with Photoshop and Premiere. I dragged my friends and family into this obsession of mine. I even stopped gaming! After buying new lenses and making wishlists on B&H, I started thinking that I could make a career out of this somehow. I even had the itch to go to school to learn more and make contacts in the industry.

I’ll admit it. I’m addicted to indie film making, given my DIY nature. At the moment, I’m writing Celtx scripts on a regular basis for my vlog entries, as well as other A/V projects I have in mind. Given my other interest in polyglotism, I would have to say that my new dream is to travel the world, meet new friends, learn their language, eat their food, and film it all in a positive way. I’ve even gotten back into creative writing, which has given me fuel for an indie movie idea. I reinvented myself through this blog and social media. 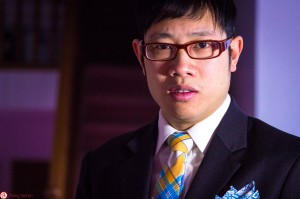 I’m going to be true to myself, make fun films with all my heart, and never stop looking for interesting things to do. I finally figured out that I wasn’t put here on this planet to do just one thing with my life.